The Arabian Horse Breeders Brazilian Association in partnership with Jockey Club de São Paulo organised the Prêmio Paulo Jamil Saliba at the Cidade Jardim Racecourse turf track on Friday, 18 November. The feature and first race went to the Haras Bluegrass-owned and Thiago Haidar-trained VG Raj Al Mared (Mared Al Sahra x Daughter of Just HVP by *FA El Shawan) who was given a superb ride Jeane Alves. The feature race was a Local Purebred Arabian Handicap for three-year-olds and older and with at least one victory.

VG Raj Al Mared came to the race as the hot favorite. However, his mission was not easy this time with Obstinado Rach announcing the challenge as early as the starting gates opened.

Obstinado Rach dominated the race until the final 300 meters with two lengths ahead of VG Raj Al Mared, who brilliantly led by Jeane Alves reduced the advantage and overtook him.

The Paulo Jamil Saliba Prize was masterfully won by VG Raj Al Mared, who, in addition to breaking the 1,400-meter record on turf and winning his second victory, opened up a nine-length advantage over Obstinado Rach. We can say that Haras Bluegrass returned to Cidade Jardim successfully.

“We are very happy with the performance of VG Raj Al Mared for being one of our breeding and becoming the record holder in the 1,400 meters on turf for Arabian horses. He is the youngest horse in the race and with less experience than the others, but with time he will acquire more maturity. We would like to thank trainer Thiago Haidar, our veterinarian Henrique Garcia and lady jockey Jeane Alves. He proved to be a racehorse on the turf and long distance”, declared Caio Vaz Guimarães from Haras Bluegrass.

Trainer Thiago Haidar said: “Today VG Raj Al Mared showed that he is a turf horse. He had a sensational debut when he won by 24 lengths and in the second race, in the dirt, he ran below expectations. Despite not having started very well, he showed that he is an animal that likes to run, ran over Obstinado Rach and asked for more distance even after crossing the finish line. He is following the same path as his brothers, as the sons of Mared Al Sahra have this preference: they like longer distances and they have already demonstrated this in races in Europe and Brazil.”

Under excellent riding by Jeane Alves, who never gave up on him, VG Raj Al Mared won two of the three races in which he competed, presenting the Vaz Guimarães family, from Haras Bluegrass, with another extraordinary victory.

“I am very happy with the second victory and third race with VG Raj Al Mared. I’ve been riding him from the start and he’s proven that he likes to run on grass as he’s more comfortable. He is an excellent horse, who responds to commands and requests as the race progresses, he wants to run further. I am sure that we will still have more victories”, commented Jeane Alves.

Racing Director of the Arabian Horse Breeders Brazilian Association (ABCCA), Almir José Ribeiro stated: “It was another great performance by VG Raj Al Mared that has been building its history with each race. In three races he won two; which proves that the sons of Mared Al Sahra are horses with champion genetics, as well as their half-brothers, Gluck AJR and Clapton AJR (four times champion), who also debuted this year in the races with victories.

“Our thanks to the owners and breeders and a very special thanks to Al Shahania Stud from Qatar who have generously contributed to the genetic improvement of Arabian sport horses in Brazil through their sires, such as Mared AL Sahra, who at each race has been building his reputation as a great sire of racing champions.”

In addition to the prizes during the races, all horses participating in the 2022 Race Calendar also compete in the Race category of the Arabian Cup 2022 promoted by the Arabian Horse Breeders Brazilian Association.

The Prêmio Paulo Jamil Saliba was organized by the Arabian Horse Breeders Brazilian Association in partnership with the Jockey Club of São Paulo.

ARM YOURSELF THIS FESTIVE SEASON WITH FAURĒ LE PAGE 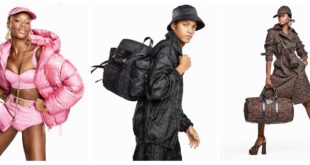 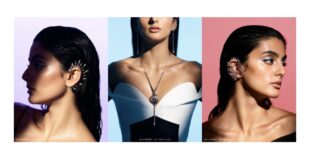 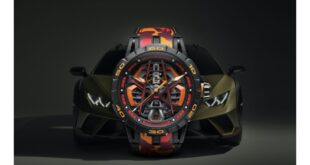 No route. No plan. Just the pulse-racing possibility of the unknown journey ahead. This is …